free shipping on orders over $39. Ask us about saving $ with automatic deliveries. 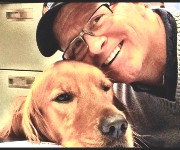 Our leader of the pack who we affectionately call Alpha Dog is Tony. Just prior to starting Nature’s Select of Northern California in 2009, he spent several decades in the Tahoe region working for Squaw Valley Resort, Kirkwood Ski Resort, and Truckee-Tahoe Lumber as a finance executive. Dogs have always been an important part of his life, so while living in Truckee, he was on the Board of Directors of the Humane Society of Truckee-Tahoe. Tony’s best friend since he was 6 years old has always been a golden retriever. He is currently the master of two golden retrievers, Hunter and Hoover, #7 and #8, respectively. When not in the office or serving the needs of his dogs, he is probably riding a bike. As an avid cyclist, he enjoys road riding, mountain biking, and gravel riding. 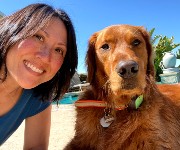 A few titles identifying Crystal are co-owner of Nature’s Select of Northern California and golden retriever mom. Like all dog moms, she works hard so they can have a better life. No doubt, they certainly have the best! When not chatting it up with customers on the phone or catering to Hunter and Hoover, you can find her literally running around town. Just a few years ago, she checked off completing a full marathon from her bucket list. That goal was supposed to be a “one and done” but she continues to train for future running races, even another full marathon. 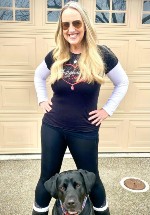 Lauri is our social media manager. She was our very first employee in 2010. We wouldn't be where we are today without her dedication to Nature's Select!  She’s a passionate dog and cat mom. She also has two hooman teenagers and busier than a dog with fleas.  When she isn't juggling parenting and her many successful business ventures, she is escaping to the beach or the mountains to enjoy life to the fullest! 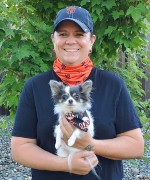 Meet our General Manager, Kim. She comes to Nature's Select with decades of experience in the pet industry as a Veterinary Technician and also a GM in pet retail.  Kim is also a "super mom"!  She is Mom to a blended family of 5 kids, 4 dogs, 2 cats, 2 furry creatures and 7 chickens!  To say she is busy is an understatement.  When she isn't chasing someone or something, she is watching her beloved San Francisco Giants, creating very unhealthy but delicious food and dreaming of paddling on still waters in a kayak somewhere. 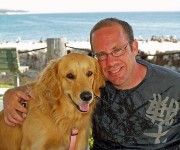 Doug’s life has literally gone to the dogs, and the cats!  He spends his super early mornings and day loading the vans that bring your pooches and kitties their tasty Natures Select food and goodies.  He then spends his evenings and weekends running his own pet photography business capturing some breathtaking images of peoples’ fur kids. 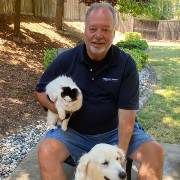 For those of you in the greater Sacramento area, some of your dogs have enthusiastically greeted tall John Heise, one of our Kibble Haulers, when he's delivered your pet food . Prior to joining the Nature's Select family, some of his titles included College Basketball Player, Referee, Coach, US Marine, Parole Agent, Husband, Dad, and very recently Father-in-law., No one messes with John. The only ones getting away with mischief are his own golden retriever, Sammi, and his cat, Mickey aka Lutey. 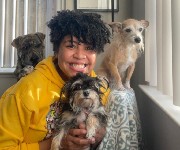 Meet our newest Pet Foodie, Tyler!  Standing at 5”4, weighing just over five 30lb bags of your dog’s favorite food, she was raised in Sacramento, where she still resides with her partner and their three dogs, Mia, Lacey & Grizzly. She has worked in various pet daycare and boarding facilities as well as the Sacramento Zoo. So it’s safe to say, she obviously has a love for animals. Tyler enjoys getting to shake paws with the dogs of all communities. & would happily air-shake yours whenever given the chance. On her down time, she is usually spotted at her local dog park, yet again surrounding herself with dogs of all shapes and sizes. Music is also something she enjoys, whether it be through playing guitar or howling her tunes. She has a pack of her own, being the fifth child of seven. So sharing has never been an issue.  She will share a warm greeting and all of the best pet knowledge when she gets to chat with you! 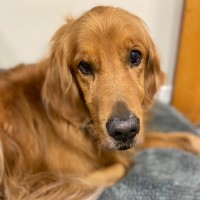 Our Senior Official Taste Tester was rescued as a 14-week old puppy and came from Homeward Bound Golden Retriever Rescue & Sanctuary in Elverta, CA back in October 2011. He's relished in his role as a representative of Nature's Select since the first time his paws set foot in our warehouse as a young puppy. When he's not taste testing and giving his 4-paws up on new products, this active and taller-than-the-average-golden golden is probably swimming. If he's near a body of water, he's in it! 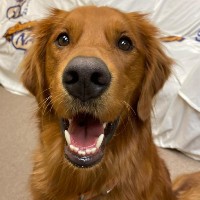 This golden retriever is aptly named and loves loves LOVES being a Nature's Select Junior Official Taste Tester.  Food is the name of his game! We didn't know how much of a food hound he would turn out to be when we picked him up from True Love Rescue in Lodi, CA when he was 8.5-weeks old. Every meal is devoured, every morsel is inhaled, and every bowl is licked clean. What more could we ask of an Official Taste Tester? Well, perhaps not chewing up shoes, readers, pool toys, the lawn, etc???